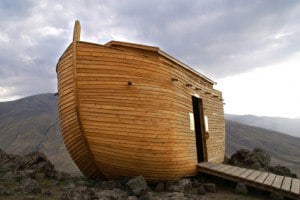 How our Support Processes Helped us Handle 60,000 New MacHeist Customers

Back in 2010, Greg wrote an article about his experience purchasing software from MacHeist, called "Build the Ark Before the Flood."

His experience with developers who sold their software through MacHeist had not always been great - mainly because they clearly weren't prepared for the volume of support requests that were going to come their way.

A few weeks ago, we had the opportunity to be on the other side of the MacHeist fence - our app, Clarify, was featured as part of the MacHeist NanoBundle 3. It was our chance to really put to test the support processes we have established over the last couple of years.

For those of you who aren't familiar, MacHeist runs regular bundles where they sell a collection of software titles at a very reduced price. There were 10 apps in our bundle, and it sold for just under $10.

We obviously get paid a lot less per unit than we normally would, but we get a ton of volume and a lot of exposure.

But with volume and exposure comes support requests. And we had them. Not everything went perfectly with the logistics of the bundle (when do things ever go perfectly?), but because of the support processes we had in place we were able to survive the week just fine.

Here is the play-by-play of the problems that came up and how we responded to them.

For all of the bundle purchases, MacHeist generates the registration keys so that vendors don't ever see the names of people who actually purchase.

Typically, when Clarify is purchased, a registration key is generated and is tied to the name of the customer. If someone is trying to register Clarify and they use the wrong name (i.e. the registration key and name don't match), then Clarify won't work.

At about 10,000 orders in, we discovered that MacHeist was using the customer's email address to generate the key - not the name. Since our registration screen said to enter their name, folks were getting a "name does not match" message - because what they really needed to enter was their email address.

This discrepancy came to our attention because our support inbox was quickly filling up with complaints about a registration problem. As soon as we were made aware, we sprung into action (that sounds very super-hero-esque doesn't it?).

We first fired off an email to MacHeist letting them know of the issue. In a few hours time they had it fixed. That would prevent future customers from having problems, but we still had about 10,000 + people out there that would have registration problems.

Using ScreenSteps, we quickly created a knowledge base article explaining the problem and the solution, and put it on our Clarify help site. That way, anyone coming to the Clarify documentation site searching for help on registration would find the article. This would deflect some of our requests, and leave us more time to help the people who contacted us.

We immediately saw that we were going to be answering the same question over and over again, so we set up a macro in Zendesk (our help ticketing system) that explained how to fix the registration problem.

This macro could easily be triggered via a key command in the web app or in the Zendesk iPad app - in fact, I used my iPad to respond to a bunch of requests while I had dinner with my family.

The macros worked great and it meant that most people got a response within minutes of them asking for help.

There were other questions that came up from people who had just purchased the bundle or who were checking out Clarify to see if they were interested. We were able to answer most of those by pointing to specific artilces in our help site.

Did we lose our minds?

Actually it wasn't bad at all. MacHeist sold just under 60,000 bundles. We definitely saw an increase in support requests but we were able to respond to them quickly and still get all of our other, "normal" work done. I think we did a good job of helping our new customers out quickly and effectively.

The flood certainly came, but the ark had already been built so we were able to stay afloat.

If MacHeist ever comes knocking on your door - answer! They were great to work with, and their bundle provided lots of welcomed exposure for Clarify.

Just be aware that when 60,000 users download your software, you're going to have support requests - it just comes with the territory. So be prepared by having systems in place that allow you to manage the flood.

For some great tips on "building an ark," check out Greg's article from 2010 - "Build the Ark Before the Flood."