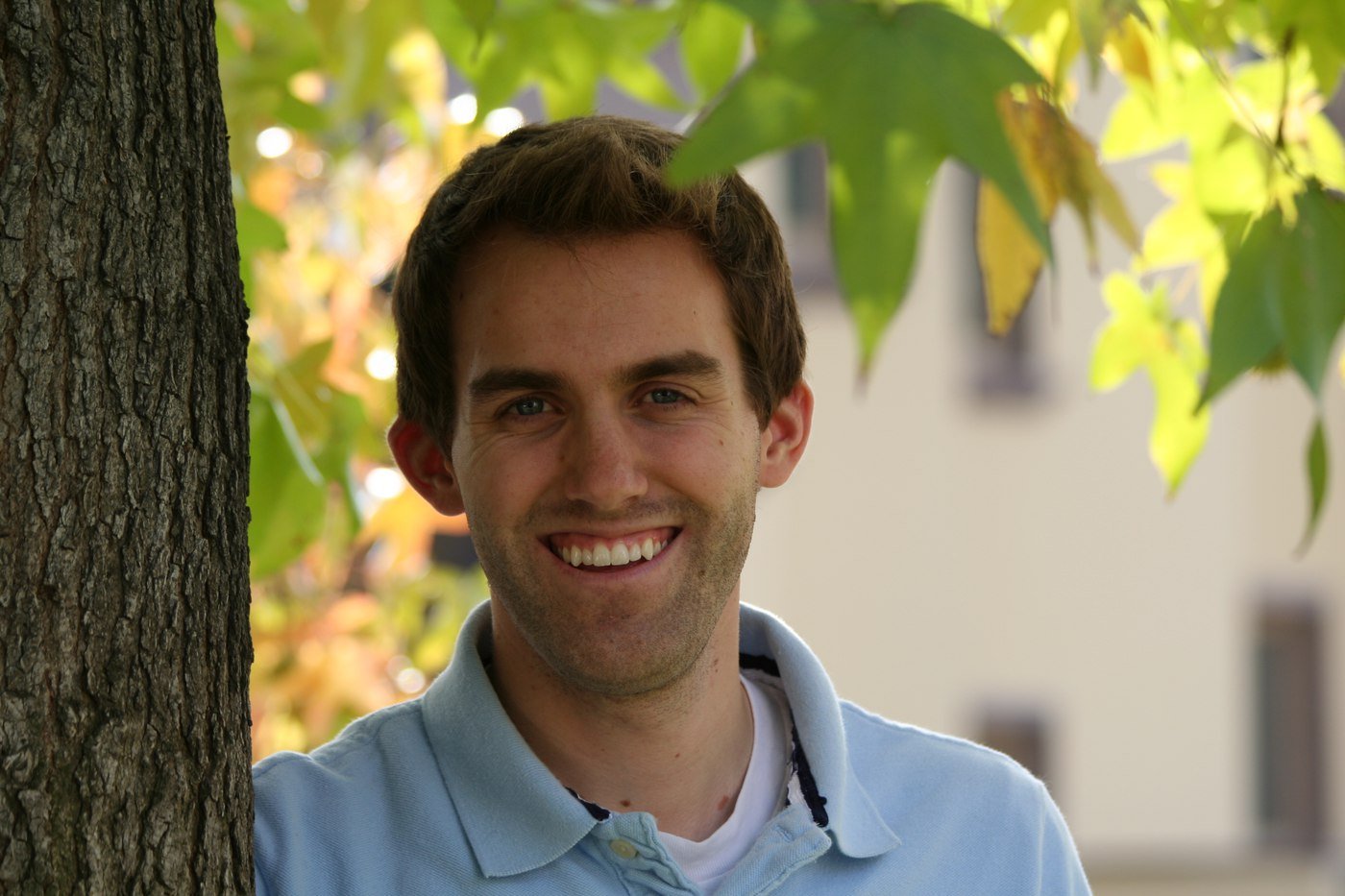 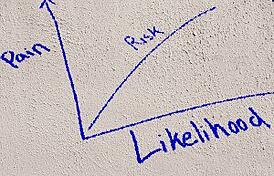 For the past month I've been writing about how to create a turnkey business, emphasizing the benefits of being able to grow your business and expand your team. But I haven't really highlighted how a turnkey business prepares your team for one of the biggest risks that your organization faces - employee turnover.

Many folks misunderstand the risk their teams and organizations face when it comes to employee turnover. I've spoken to some business owners who have the idea that they can "get by without so and so" and that "everybody is replaceable." While it's true that your employees are replaceable, your team will still incur a cost as a result of somebody's departure.

Even when organizations understand the negative consequences of employee turnover, they tend to focus more of their attention on preventing employees from leaving instead of preparing for their departure.

Whether you ignore the risk, or misunderstand it, it is the same - you're living with more risk than you realize and you are not prepared to successfully manage it. What follows is my attempt to explain the risk of employee turnover and how building a turnkey business can help you reduce your exposure.

It starts with a threat

To better understand any risk you face, the first step is to identify the threat. And in the business world, the threat of employee turnover affects every organization to some degree.

What's the likelihood of the threat?

Regarding the likelihood that the threat of employee turnover will occur, consider a recent report from PwC - “We predict considerably higher voluntary separation rates for 2013 and beyond, higher than what we have seen during the past eight years.”

Sounds bleak. And that's just voluntary separations - it doesn't include layoffs or retirement.

Think about your team and your organization - what have the trends been over the past few years? If you've had little to no turnover, then you're one of the lucky ones. In today's workforce, I think it's safe to say that the likelihood of employee turnover occurring is pretty high.

Concerning the likelihood of impact that turnover will have, that's something that you'll have to determine on your own. Speaking from experience, it's pretty rare that somebody's departure had no impact.

What's the impact of the threat?

The level of impact is a measure of the magnitude of pain that you can expect to feel as a result of the threat occurring. Trying to quantify that pain is what makes up step three.

If you experienced turnover on your team, what would the impact be? Would it take a long time to find somebody? Would it take a long time to train somebody? How much money would it cost? How much work would everybody else have to put in to cover for somebody in their absence? Could operations even continue if somebody from your team were gone? How would the new-hire receive training? Does your team have availability to train somebody new?

To give you a sense of what other companies are feeling in terms of impact, it roughly costs 150% of the replacement’s annual pay when an organization brings in somebody new. This is due to recruiting costs and training costs, but also a cost that is not so obvious to organizations - lost productivity. Studies show that it takes more than 6 months before a new-hire adds more value than they’ve consumed. In some organizations, that might even be a conservative estimate.

Likelihood and impact are not to just be considered alone - risk is a combination of the likelihood of a threat event’s occurrence and the estimated negative impact it would have if it did occur.

Now that you have considered both items separately, it's time to put them together and quantify the risk. I don't want to speak for your team, but from what I've observed I think it's fair to determine that the threat of employee turnover is somewhat likely to happen and that it will have some impact - resulting in a risk of "High."

The above assessment is based on the assumption that you have not put in place anything to quash the likelihood and impact that the threat of employee turnover would have. But we both know that's not true. Almost every team and every organization is working hard to reduce these two aspects of risk, leaving them with a residual risk.

Residual risk is defined as the exposure to loss remaining after other known risks have been countered, factored in, or eliminated. So after you define all the measures you've put in place to reduce the likelihood and impact of employee turnover, you can reassess where you fall on that risk chart. If you have systems in place that reduce the likelihood and the impact to a level of residual risk that you are comfortable with, you can relax a little bit.

If you realize that your residual risk is too high, then you need to continue looking for ways to decrease the likelihood and reduce the impact until you reach a level you’re comfortable with.

Considering moving your standard operating procedures from Word or PDF to an online knowledge base? Our guide will help.

My observation is that most organizations have a false sense of security because they misunderstand their residual risk - they are working feverishly to reduce the likelihood that there is employee turnover, but almost completely ignoring what must be done to reduce the impact.

How organizations are reducing the likelihood

Look at all of the initiatives that are in place to reduce the likelihood of employee turnover. Millions of dollars have been spent on implementing concierge services for employees, incentive plans, flexibility to work on various projects of interest, teleworking policies, and other perks so that employees will remain happy.

As an example of this, just look at the Big 4 Accounting Firms – all four of them are in the top 100 places to work. They are also regularly ranked as the top places to work if you are a working mom, and currently have initiatives to be more flexible and allow for a better balance between family and work.

That's quite a turnaround from the "burn and churn" mentality of 20 years ago.

How organizations are reducing the impact

Organizations are starting to come along in this area, but there's still a lot of work to be done. We've spoken to managers and customers who have expressed sincere concern over the lack of usable knowledge bases that capture actionable information.

Teams and organizations know that they need a knowledge base, but there seems to be a misunderstanding regarding what needs to go into the knowledge base. While abstract white papers and PowerPoint presentations are great for explaining things at a very high level, it's not very good for a new-hire who needs to man the help desk, fill out an acquisition form, or perform an internal audit (i.e. do anything productive).

If you want to reduce the impact your team feels when somebody leaves, and in turn reduce your residual risk of employee turnover, then you need to implement a system that empowers new-hires to be able to walk right in and be productive from day one. Especially when reports such as this one from The Wall Street Journal reveal that “American companies don't seem to do training anymore.”

Your goal shouldn't be to just have a knowledge base for the sake of having one - that doesn't actually do anything to reduce your risk. You need to build a knowledge base with actionable information.

Your residual risk is higher than you think

That is why organizations are living with more risk than they realize, or are willing to admit. They think that they've reduced their residual risk as it relates to employee turnover because they have measures in place to improve employee retention - but now we know that that is only half of the equation. That narrow focus only reduces the likelihood of somebody leaving - it doesn't do anything to reduce the pain you're going to feel when you have to bring somebody in, train them, and efficiently get them to a level that puts your operations back on track.

The residual risk is still fairly high because nothing substantial has been done to reduce the impact that employee turnover has on your team.

Distinguish yourself from the competition

The real game changer in the future won’t be whether organizations can increase their retention. Maybe teams will get a handle on that, maybe they won't. But that problem will never be fully solved, especially as the work force changes and the makeup of organizations evolve. People are going to leave.

So the real game changer, the one thing that will distinguish you from the rest of the pack, will be whether your team and organization can capture all of the relevant knowledge before it walks out the door, and build an actionable knowledge base. Because if you can effectively capture knowledge, and that knowledge can easily be transferred to somebody else, then employee turnover won’t have such an adverse effect on your team and its operations. By building a turnkey business, new employees will be able to replace employees who have left, and reduce the pain you feel because they will be more productive in less time.

If you don’t have a plan to capture your employees' actionable knowledge, then you’re putting yourself in a very risky situation.

Do you work in a call center? If so, then watch the 2 minute video below to learn how your call center could use ScreenSteps to improve their call flows.

Watch next: Do you wish your call center guides were easier to use?