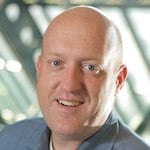 Software Documentation: Talking About Learning Styles is a Red Herring We obviously talk a lot about using images in software documentation. When I speak to technical writers I will often get a response that is something like this:

Pictures work for certain learning styles. But some people are auditory learners and some people do better reading text.

It simply isn't true. I, like everyone else, have heard about this theory of "Learning Styles" for quite some time. Turns out this is one of those "truths" that we all accept but that doesn't have much proof to support it. Here is a quote taken from a recent New Your Times piece:

Take the notion that children have specific learning styles, that some are "visual learners" and others are auditory; some are "left-brain" students, others "right-brain." In a recent review of the relevant research, published in the journal Psychological Science in the Public Interest, a team of psychologists found almost zero support for such ideas. "The contrast between the enormous popularity of the learning-styles approach within education and the lack of credible evidence for its utility is, in our opinion, striking and disturbing," the researchers concluded.

By claiming that there are many learning styles and that some people learn better by reading, technical writers claim that a text-only format is an acceptable form of software documentation. Take a look at the documentation example in this post. Can you show me one person who would prefer the text only version to the version with pictures?

Talking about "Learning Styles" in software documentation is really just a red herring to move our focus away from the real issue: work. Adding images to documentation takes extra effort and can add complications to the delivery process. Some of the problems include:

The Benefits Outweigh the Costs

But the benefits far outweigh the costs. By adding images you add a level of clarity that is simply not possible with the written word. And clarity delivers real business results. I spoke with one of our customers the other day who estimated that they had already saved $10,000 by creating a single visual document.

All this document did was show his customers a checklist they had to go through before they returned a very expensive piece of equipment for repair. The document had pictures for every step of the checklist. Guess what happened? Their return rate dropped. Customers found out that their equipment wasn't broken before they sent the equipment back, saving the company shipping costs, expensive tech time as well as downtime at the customer site.

If you aren't using visuals in your documentation then stop hiding behind this false notion of "Learning Styles." Address the real reasons you or your organization are avoiding visual documentation. Most of them are solvable if you just rethink your workflow, delivery system and your documentation software.

It's 2010. Your primary tool as a technical writer should be a camera, not a typewriter, regardless of your learning style.